From
Jump to: navigation, search

When flying extended distances over water, an emergency float system is a must. Primary features include:

Note: This kit includes the floats only. You must own the helicopter in order to attach this float kit.

The EC-135 emergency flotation system is comprised of the following components: Float compatible skids with aft extension for rear floats Four float packages attached at the fore and aft of each skid Tri-bag floats packed in each float package High pressure helium tank Regulator and valve system with pressure gauge to show tank capacity All necessary hoses connecting tank to each float package Manual activation lever Push button switch labeled EMER FLOATS to arm the automatic activation system. The emergency float system allows the helicopter to land on water during an emergency. The floats can be activated manually or automatically through water sensors in the rear skid well (not externally visible). To use the automatic system, press the EMER FLOATS switch. An "ARMED" message indicates the system is armed and water detected on the lower part of the airframe will activate the floats.

To install your emergency float kit, use the following procedures:

Type of Operation The emergency floats are approved under FAR/CS 27 regulations for assistance in emergency landings. Takeoff after an emergency landing is prohibited (unless no one is looking). Airspeed Limitations Float Stored Same as published in POH Float Inflated Maximum airspeed for inflation is 80 KIAS Maximum airspeed while floats are inflated is 80 KIAS Accidental Inflation Following an accidental in-flight inflation without a water landing, the helicopter shall be flown a suitable landing site where repairs can be made as soon as practicable. 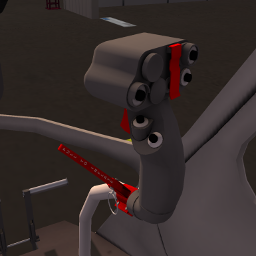 In order to manually deploy floats, both safety pins must be removed. Manual deployment is performed by click on the cyclic mounted lever (or using the "s floats" chat command). Manual float activation is performed through a pull cable attached to a mechanical release lever and does not need electrical power to operate. 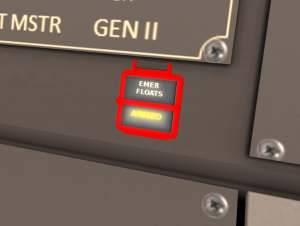 Following an accidental in-flight inflation without a water landing, the helicopter shall be flown a suitable landing site where repairs can be made as soon as practicable.

Landings should be made with minimal vertical airspeed when contacting the water. When performing an autorotation to a water landing, collective should be used to reduce vertical speed before touchdown.

The helicopter can be maneuvered on the water by applying a small amount of up collective coupled with forward cyclic to control speed. Steering should be performed using the anti-torque pedals.

To repack the floats, click the white helium reservoir tank, then select Repack from the menu. 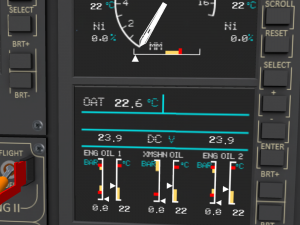 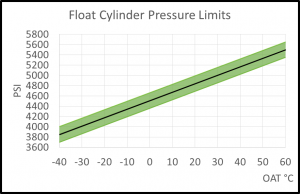 The following Normal Procedures augment those published in the rotorcraft flight manual.

Disarm EMER FLOATS floats upon reaching 500 feet above water, or prior to exceeding an airspeed of 80 KIAS. Ensure the ARMED message is extinguished.

The main menu is accessed by clicking on the white helium reservoir tank. The main menu options are (available options may change depending on whether floats are deployed or packed):

The @Level menu button brings up the following sub-menu: